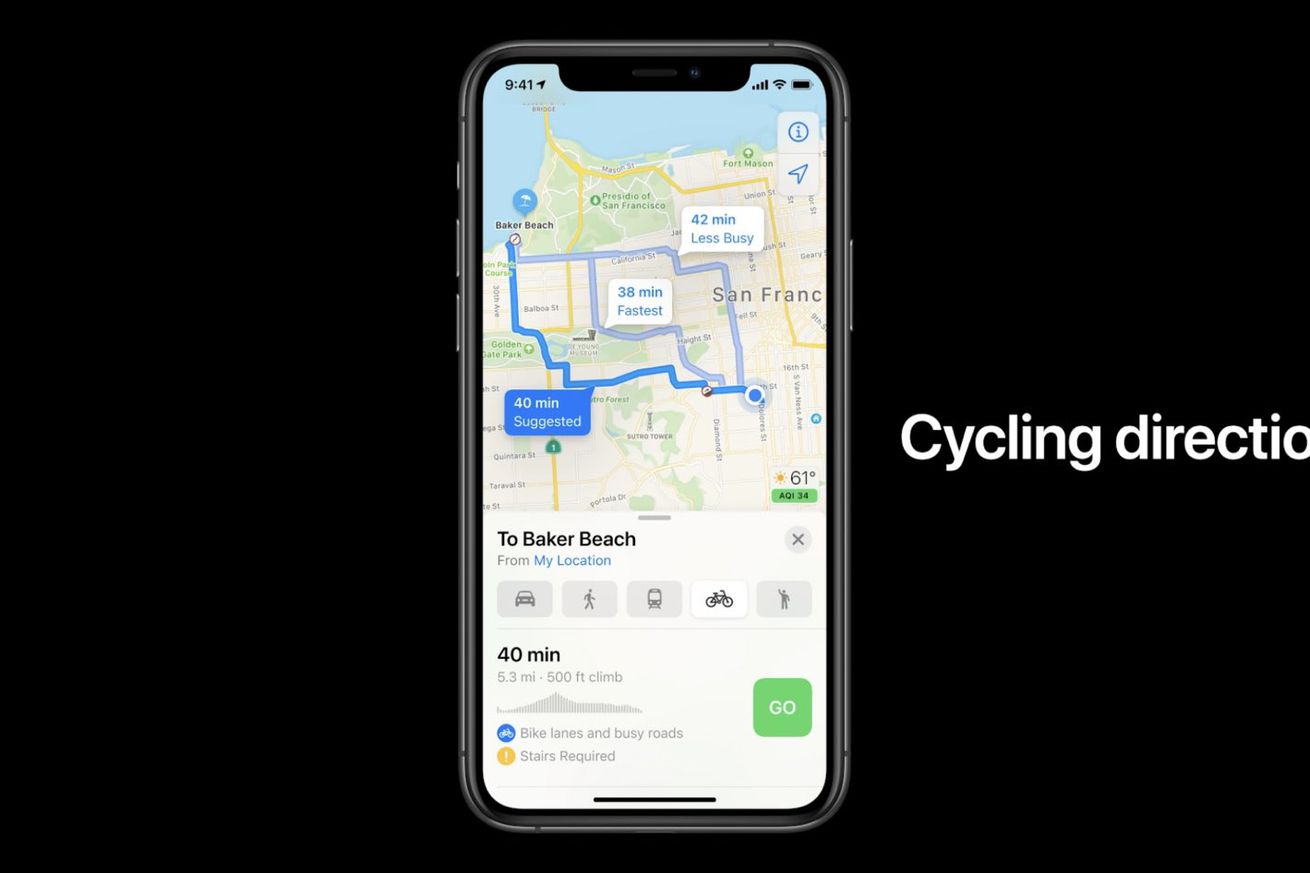 Apple has announced at this year’s WWDC that the company’s adding a long-awaited feature to its default Maps app when iOS 14 drops: cycling directions. But Apple is only launching in New York, Los Angeles, San Francisco, Shanghai, and Beijing, and it didn’t immediately say when it will expand into other parts of the world.

Users will be able to see elevation changes, and Apple Maps will even suggest if people should take a flight of stairs to save time, or allow them to route around steep hills. Cycling directions will be available in the watchOS 7, too.

The company also announced that Maps in iOS 14 will get a new “EV routing” feature, making it possible for users to find EV chargers and plan trips around where and when they’ll need to charge their electric vehicles. Of course, Apple said it’s only working with Ford and BMW to start.

Both are features that have long been available on Google Maps, and a number of electric vehicles — Tesla, especially — have offered in-vehicle EV routing for years. But of course, that seems to be the theme of this year’s WWDC. Apple is adding a lot of features to iOS 14 that users have spent years waiting for, or that can already be found on Android, or both.