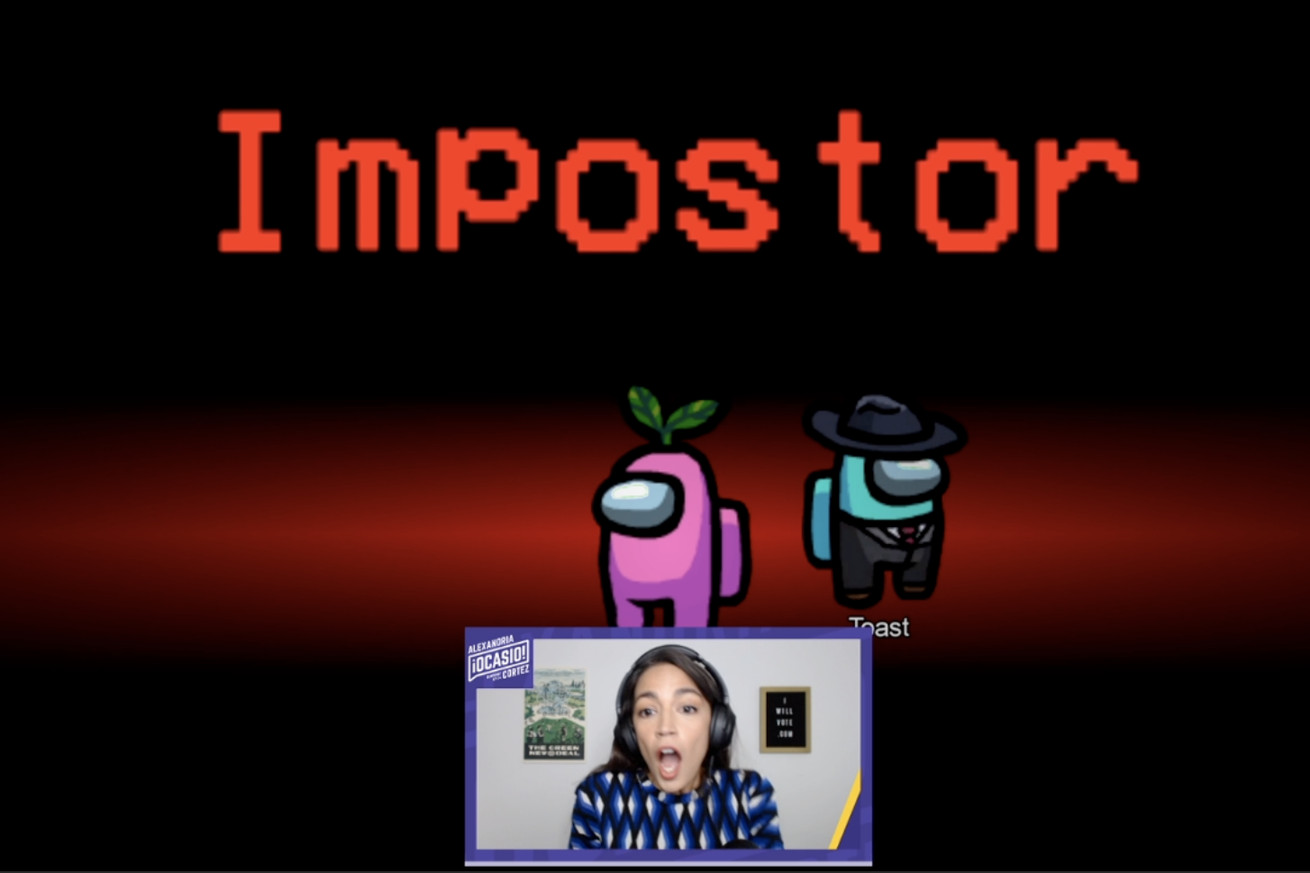 Representative Alexandria Ocasio-Cortez reacts to being chosen to be an impostor during her first live-streamed round of Among Us, moments after saying she hoped not to be picked as an impostor.

Rep. Alexandria Ocasio-Cortez (D-NY) made her Twitch debut tonight to play Among Us and encourage viewers to vote. She also, very quickly, became one of the platform’s biggest broadcasters: her stream peaked at 435,000 viewers around the time of her first match, according to Twitch. (The stream is still going as of this writing, but it had dipped to around 350,000 viewers after about two hours of playing.)

That peak viewership puts her broadcast among the 20 biggest streams ever, according to the third-party metrics site TwitchTracker, and much higher if you’re only looking at broadcasts from individual streamers. Ninja holds the record for an individual streamer, with more than 600,000 viewers during a Fortnite match with Drake in 2018. TwitchTracker’s metrics suggest that AOC’s stream could in the top 10 for an individual in terms of peak viewers.

Politicians have increasingly been using tech and games to get out their message. The Biden campaign debuted an Animal Crossing island last week. Last year, Sen. Bernie Sanders (I-VT) joined Twitch to reach a “potentially supportive audience that we may not be hitting other ways.”

Ocasio-Cortez’s stream came together quickly. She tweeted Monday asking, “Anyone want to play Among Us with me on Twitch to get out the vote?” Major streamers quickly signed up — she ended up being joined by Rep. Ilhan Omar (D-MN), Pokimane, HasanAbi, Disguised Toast, DrLupo, and more. Her stream even had graphics prepared, which Ocasio-Cortez said came from supporters who started making art after she tweeted.

Despite only having minimal Among Us experience — Ocasio-Cortez said Monday that she’d never played before, but seemed to have brushed up before the stream — she did well in her first broadcast. She was chosen as an impostor in the first round and, with a partner, knocked out about half the field before getting caught. Omar later made it to the final three as an impostor before getting voted out by Ocasio-Cortez and Hasan.