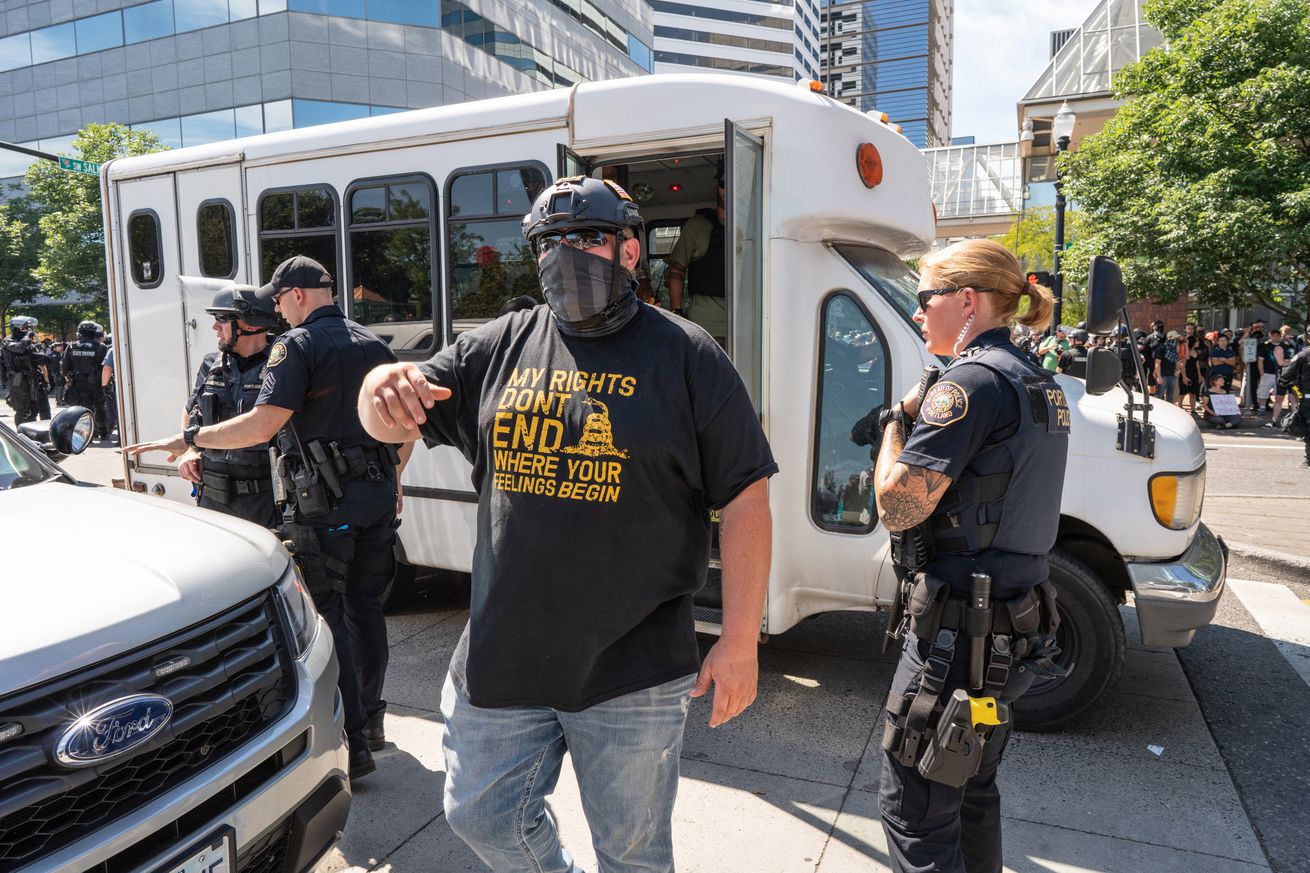 Mythical buses full of bloodthirsty antifa protestors are causing panic in rural counties throughout the country — even though there’s no evidence they exist. The Associated Press has catalogued at least five separate rural counties where locals have warned of imminent attacks, although none of the rumors have been substantiated. Notably, the rumors are often tailored to a specific local region, a “hyperlocal” approach sometime used to boost the spread of misinformation on social media platforms.

NBC News first reported on the recent surge of antifa-related misinformation, some of which was promoted by white nationalist groups posing as antifa accounts. But even after the rumors were debunked, they continue to spread on Facebook, often inspiring real-life confrontations and instances of violence.

“Someone posted it saying it’s full of antifa.”

In Forks, Washington, a multi-racial family of four was harassed by armed locals, who believed they represented an antifa incursion. The family had arrived in town on a camping trip, traveling in a full-sized school bus. Local police say they were confronted by “seven or eight carloads” of people, who aggressively questioned them about their antifa connections. When the family attempted to drive off, locals felled trees across the roadway to prevent them from escaping. They were only able to leave after a group of students intervened.

In other cases, everyday bus charter businesses have been pulled into the confusion, treated as presumed troop convoys until proven otherwise. On Wednesday, an Idaho fleet services business was targeted by a minor panic, after a debunked rumor claimed incoming agitators were targeting the state. One local posted a picture of his bus on Facebook as evidence of the antifa incursion, claiming “this bus was full of them.”

“If anyone sees a post about my bus, please flag it,” the company owner posted on Wednesday. “Nolan was driving home from work and someone posted it saying it’s full of antifa.”

“we have no evidence leading us to believe this threat is at all credible.”

Elsewhere, the misinformation has come from sheriffs themselves. In Curry County, Oregon, Sheriff John Ward told his department’s Facebook followers, “I got information that three buss [sic] loads of Antifa protestors are making their way” into the county — although he added, “I don’t know if the rumors are true or not.”

He called on civilian volunteers to help defend the town, should the buses materialize. “Without asking I am sure we have a lot of local boys too with guns that will protect our citizens and their property.”

Ward took down the post after harsh criticism from Facebook commenters. He insists it was not intended as a call to arms. It’s unclear where Ward got his original tip about the incoming buses — including the specific location and number — but it appears to have come through a similar chain of rumors. “Our county attorney forwarded me a post from somebody,” he told local reporters, “and it was sent to him by another attorney that is kind of a private attorney.”

The rumors have been particularly lively on Facebook. One post, written by a previously unknown outlet called DC Dirty Laundry, claims to have discovered specific plans to bus large numbers of “antifa terrorists” into a small town called Sparta, Illinois, “where they will be directed to target rural white Americans by burning farm houses and killing livestock.” The article names specific routes that the buses will be taking (sourced to “highly reliable individuals”), and claims Illinois was targeted because restrictions on gun ownership have “transformed the state into a shooting gallery for Antifa terrorists.”

The post is a credited reprint of an earlier report from Natural News, a notorious anti-vaccination outlet that has been banned from posting on Facebook. But syndicating the article to a new URL seems to have completely evaded those restrictions, allowing the post to travel widely on Facebook. Links to the DC Dirty Laundry post have been shared more than 1,000 times since Thursday, including by fan groups for President Trump, Candace Owens, and Rush Limbaugh.

Sparta’s sheriff addressed the rumors on Friday, saying “we have no evidence leading us to believe this threat is at all credible.” Facebook did not immediately respond to a request for comment.

In some ways, the panic has been stoked by the federal response to protests, which continues to pose antifa groups as a primary driver of the ongoing unrest. This week, President Trump announced his intention to designate antifa as a terrorist group, but neither the FBI nor the Department of Homeland Security have any available intelligence to back up the assertion. None of the 22 criminal cases filed in connection with the protests have shown any ties to antifa groups.

But in a statement last week, Barr warned of traveling antifa cells similar to those described by Natural News. “In many places, it appears the violence is planned, organized, and driven by anarchistic and far left extremists,” Barr said, “using Antifa-like tactics, many of whom travel from out of state to promote the violence.”

It’s a more restrained version of the rhetoric used by President Trump, who has used antifa as a political foil since early in his campaign. “It’s ANTIFA and the Radical Left,” he tweeted on the same day. “Don’t lay the blame on others!”