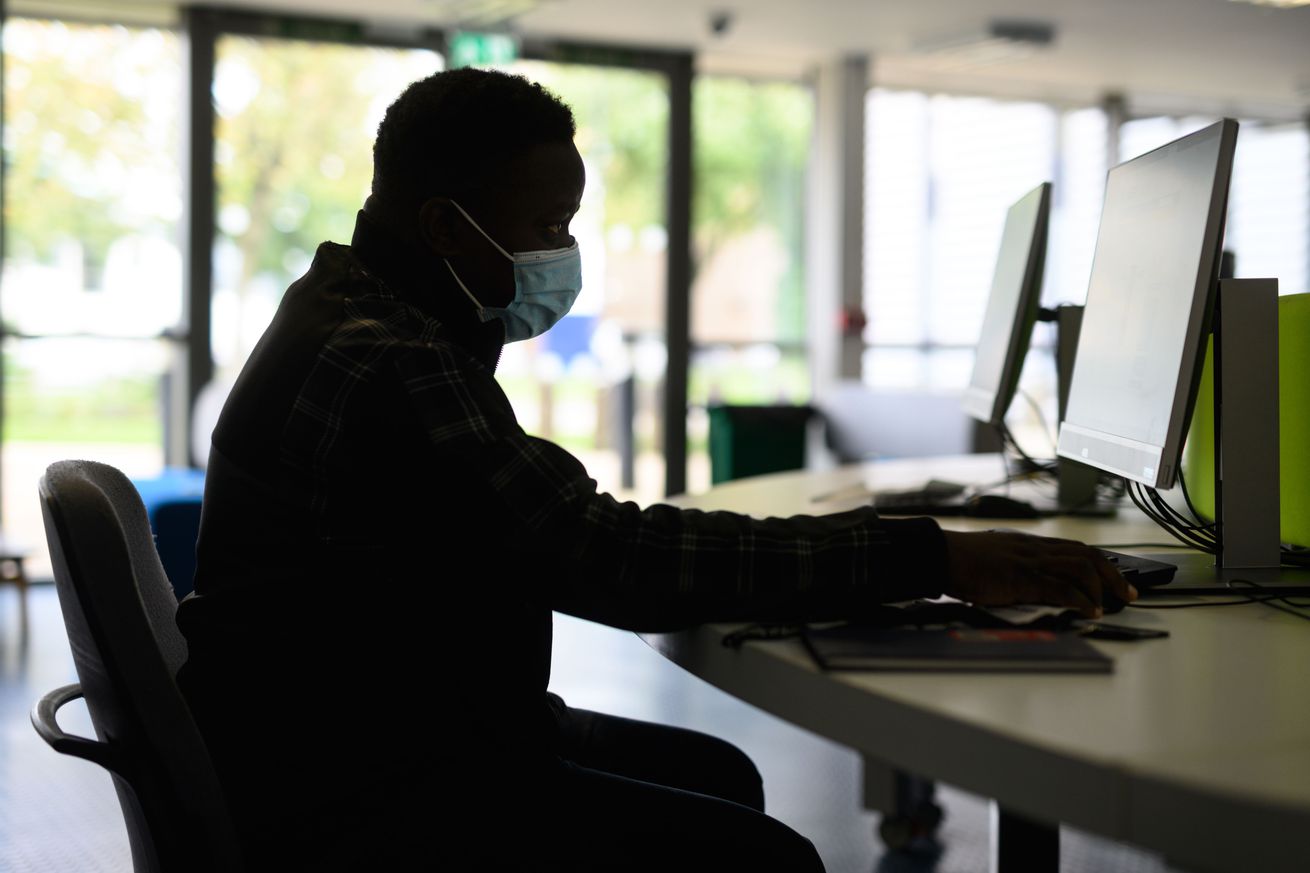 Between August 23rd and 24th, Ian Linkletter, a learning technology specialist at the University of British Columbia (UBC), made a series of tweets criticizing a software that his school uses. The software was called Proctorio, an online test-proctoring tool that monitors students for suspicious behavior while they take virtual exams. The tweets contained links to unlisted YouTube videos describing various aspects of the program, taken from Proctorio’s help website for instructors.

“This video from Proctorio’s YouTube channel shows how the Abnormal Eye Movement function works,” he tweeted at 8:44PM PT on the 24th. “This is the one that will show you, beyond a doubt, the emotional harm you are doing to students by using this technology.”

“This video from Proctorio’s YouTube channel shows how you can configure the Record Room feature,” he wrote at 8:47. “This feature gives you the ability to configure whether you will make students record their room at the start of an exam or throughout it.”

“They are afraid of the truth.”

One by one, the YouTube videos disappeared. The first went down two hours and 11 minutes after Linkletter tweeted it. The next vanished after just twelve minutes. By 10:14PM on the 24th, all the videos were gone.

Then, in early September, Linkletter got an unexpected call from a reporter at the Vancouver Sun. Proctorio was suing him for tweeting the videos, as well as a screenshot of its website — the company claimed he’d infringed its copyright and distributed confidential material. Linkletter was under an injunction order.

It’s part of a growing split between remote proctoring services and the academics who use them. Linkletter’s experience is just one of a string of high-profile spats involving Proctorio, as teachers and students call out what they see as invasive tracking. But as critics are discovering, the law is giving Proctorio an unexpected advantage, allowing the company to shut down criticisms by appealing to copyright law.

Proctorio is meant to help schools answer a newly urgent question: How do you catch cheaters when they’re taking an exam at home? The problem has inspired a growing business of remote proctoring services, which monitor students during their tests, since long before COVID-19. Proctorio was founded in 2013; some competing platforms like ExamSoft were around as early as 1998. But the tools have expanded in the wake of COVID-19 and the resulting rush to remote and blended learning environments. Over 400 universities now use Proctorio, from Harvard and Columbia to UT Austin and Kent State.

The tool has proctored over 16 million exams this year, compared to six million in 2019, Proctorio CEO Mike Olsen estimated in an interview with The Verge. He expects “25 to 30 million exams” by the end of this year.

“This is a massively impactful technology.”

Unlike services like Examity and ProctorU, which can put students in front of a live proctor, Proctorio is fully algorithmic, using what its website describes as “machine learning and advanced facial detection technologies.” The software is able to, through a student’s webcam, record them as they work, and monitor the position of their head to track whether they’re looking at their test. Proctorio flags any suspicious signs to professors, who can then go back and review its recordings. Instructors don’t have to use this feature — there are other tools, too. Professors can track what websites students are visiting during their exam and can bar them from features like copy / paste, multiple screens, or printing for the duration.

Since the beginning of the school year, many students have spoken out against the technology. Petitions with thousands of signatures have called it ableist and discriminatory, intrusive, unsafe, inaccessible, and huge invasion of privacy. Members of UBC’s population were vocally opposed to Proctorio throughout the summer, in both an open letter and UBC’s subreddit. (Olsen noted that “We have about 3.6 million active weekly students on the platform. There’s a lot of students who are using our product every day around the world and they’re not saying anything.”)

The students’ comments were what ultimately drove Linkletter to speak out. “I wanted people to listen to student concerns,” he says. “This is a massively impactful technology — it has huge reach and a lot of students are being required to use it. I don’t think people are hearing the concerns.”

But Linkletter has his own issues with Proctorio as well. He believes the tool causes unnecessary anxiety among his students. He also thinks it adds an aura of tension and distrust to an environment that’s already stressful. “We need to be trauma-informed in the way that we’re teaching, and part of being trauma-informed is being understanding, and being forgiving, and trusting people,” he says. “I feel like this is the total opposite.”

Katrina Martin, a University of Minnesota student who uses Proctorio, agrees. “My experience with Proctorio has been nerve-wracking, to say the least,” she told The Verge. “Every time I take a test I worry about accidentally acting suspicious while the camera’s watching. All it takes is my boyfriend interrupting me and the school could accuse me of cheating.”

Linkletter also worries that the algorithm may be discriminatory against minority users, including those who have darker skin tones, certain disabilities, or who require face coverings. Proctorio contests this — “If you have a student who needs accommodation … in most instances the faculty know about that and it’s not a big deal,” Olsen told The Verge.

But remote classes have complicated the prospect of “accommodations” for some students. One university library employee (who asked to remain anonymous because “Proctorio seems to be very aggressive with people who say negative things about them”) told me that some of her students without computers or stable internet at home have had trouble finding a public place to take their Proctorio tests. Students were required to remove face coverings so that the software could verify their identities before the test — but her facility requires face masks. “It was really frustrating,” she says. “It creates barriers for students who do not own their own computer, do not have reliable internet access at home, or who do not have a private space for taking exams.” The library has had to repurpose some study-group rooms for individual test-taking.

Martin had to take her first chemistry test in a Starbucks parking lot because she didn’t have the bandwidth at home to accommodate Proctorio. “Support said ‘Have you tried connecting to better Wi-Fi?’” Martin said. “Like that was, in any way, going to help me.”

Linkletter filed his response in British Columbia’s Supreme Court on October 16th. Proctorio’s lawsuit, he says, is “groundless” — he believes it’s a message to the company’s myriad vocal critics.

“They sued me to silence me,” Linkletter says. In his first month of fighting Proctorio’s lawsuit, he’s already spent tens of thousands of dollars. “It doesn’t just deter me by making me put all my energy and money on this. They thought it would deter the entire community.”

Olsen, of course, disputes this characterization. “We disagree that sharing confidential information is the same thing as criticism,” he says. “Posting these kinds of things … it risks students learning how to circumvent the software and it risks the safety and security of the millions of students who use the software.” (In his affidavit, Linklatter denies that he shared anything confidential, and links to multiple websites and documents where the information he tweeted has been publicly available.)

Still, it wouldn’t be Proctorio’s first attempt to hush its opposition. This past March, as Motherboard also reported, the company asked the journal Hybrid Pedagogy to retract a peer-reviewed article warning educators that algorithmic proctoring tools could be discriminatory (the journal declined). When a UBC student posted on Reddit in June that a Proctorio support representative had gone “MIA” while he had a technical issue during an exam, Olsen accused the student of lying and posted screenshots of their chat log in response. And earlier this fall, when Miami University student Erik Johnson posted snippets of Proctorio’s code on Pastebin, Olsen sent him a Twitter DM demanding that he take down the posts.

But this lawsuit appears to have amplified concerns about Proctorio within higher education. Not only is Linkletter still tweeting, and not only have prominent outlets like Motherboard already covered his story, but the suit has rekindled the outcry at UBC. Throughout October, over 100 students signed a second open letter to UBC’s leadership (“A Renewed Call To Action Against Proctorio”) demanding again that the university stop using Proctorio. “The continued patronage of this company while it sues one of the valued members of our community is something that, as a UBC community, we cannot stand for,” the letter reads.

In a statement, UBC associate vice provost Simon Bates said, “The educational technology landscape is changing rapidly and we are presently undertaking an environmental scan of new tools and their capabilities that may be more suitable for approaches to remote invigilation.” Bates noted that UBC faculty decide whether to use Proctorio on an individual basis.

The blowback isn’t limited to Linkletter’s campus, though — support is pouring in from ed-tech professionals around the world. A GoFundMe that Linkletter created to cover his legal fees has raised over $28,000 from over 400 different donors. And since the beginning of September when the lawsuit was first filed, hundreds of university faculty, staff, administrators, and students from across the US and Canada, as well as countries including South Africa, Australia, the UK, Italy, and Mexico have signed an open letter titled “In Defence of Ian Linkletter.”

“We need critics like Ian to force transparency in spaces where it is difficult to find, as we cannot critique what we don’t know,” the letter reads. “Ian’s attempts to shine light in these dark corners should be — and are, by the EdTech community — met with gratitude.”

“This is a company that would very much like for us all to shut up,” said Brenna Clarke Gray, coordinator of educational technologies at Thompson Rivers University who spearheaded the letter.

But issues of privacy and access when it comes to online education are bigger than Proctorio and a single dispute over Youtube links. Online classes, and the heightened concerns about dishonesty that come with them, will outlast the pandemic. Remote proctoring isn’t going anywhere.

That’s why Gray spoke out, despite the fact that her school doesn’t use Proctorio — she wants that conversation to continue. And it’s important, she says, that people aren’t scared to participate. “The support that our community is showing Ian is very important to ensure that there is a space for critique of any of these tools,” Gray said. “It’s very important that people stand up and show that silence is not going to be our response.”