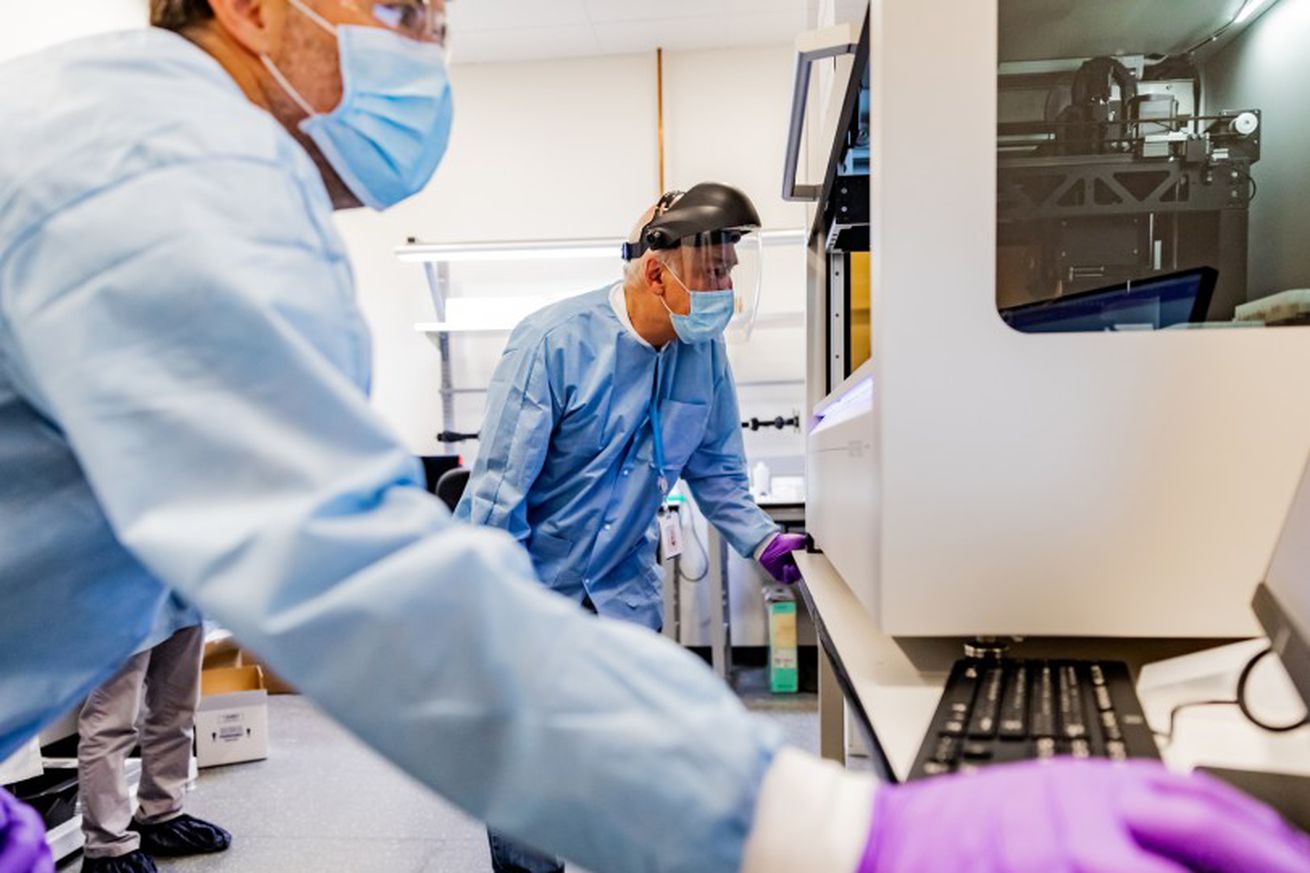 Amazon’s Lab126, the hardware group responsible for developing the company’s Kindle e-reader and its Echo smart speaker, is hiring engineers to work on its COVID-19 testing initiative, according to job listings first reported by GeekWire on Monday. As of right now, Amazon is contracting with existing labs to process nasal swabs and saliva samples to test its workforce for the novel coronavirus. But Amazon’s ultimate goal is to build a robust testing network with a central testing hub, and these new hires are being brought on to help build that.

“Lab126 began in 2004 as a subsidiary of Amazon.com, Inc., originally creating the best-selling Kindle family of products. Since then, we have produced groundbreaking devices like Fire tablets, Fire TV, Amazon Echo and Amazon Show,” reads one listing description for a senior manufacturing design engineer. “With the recent pandemic, Lab126 has been tasked with helping to keep Fulfillment Center’s safe for employees.” The new roles will be “responsible for defining, implementing, and qualifying equipment and automation to support Amazon’s COVID-19 Testing initiative,” the listing says.

Lab126 is based in Silicon Valley, in Sunnyvale, California. However, the listings for these jobs say the positions are in Hebron, Kentucky, which is nearby the company’s main air freight hub and where the company plans to build its biggest testing lab, according to a Bloomberg News report from last week.

“With the recent pandemic, Lab126 has been tasked with helping to keep Fulfillment Center’s safe for employees.”

The goal is to fly samples from Amazon warehouses around the US to the testing lab for processing suing Amazon-managed air cargo jets. Bloomberg also reports that Lab126’s Sunnyvale office is still involved and hiring microbiologists and other medical researchers, as well as non-engineering and science related roles dedicated to the legal complexities of setting up a multi-state medical testing network.

In its most recent quarterly earnings report, Amazon said it intends to spend at least $300 million on testing efforts by the end of June, as part of a broader $4 billion commitment to dealing with the effects of the pandemic. The company remains one of the few large technology firms to not only remain undeterred by lockdowns and shelter-in-place orders, but to also grow during COVID-19 as reliance on Amazon services has expanded. As a result of its nonstop operations and rapid hiring, Amazon has come under fire for its handling of worker safety at a time when a vast majority of operations, save its corporate offices, have remained open and at near-full capacity.

Critics and warehouse workers themselves have accused Amazon of failing to properly communicate infections among its workforce and of continuing to operate without adequately pausing warehouse operations for deep cleans. Amazon refuses to disclose the number of workers who have tested positive for the virus, and the company has yet to confirm the number of deaths among its fulfillment workers. Media reports so far have pegged the number of Amazon workers who have died from COVID-19 at eight, as of last week.

So far, Amazon’s re-purposing of existing tech and hardware groups to fight COVID-19 have produced results. The company is now making face shields for frontline workers through its robotics group, which typically workers on its drone delivery project. Robotics engineers have also been developing sorting machines for warehouse work to cut down on human contact, while warehouse cameras now monitor for violations of social distancing guidelines and roving security robots equipped with ultraviolet light emitters to disinfect work areas, Bloomberg reports.