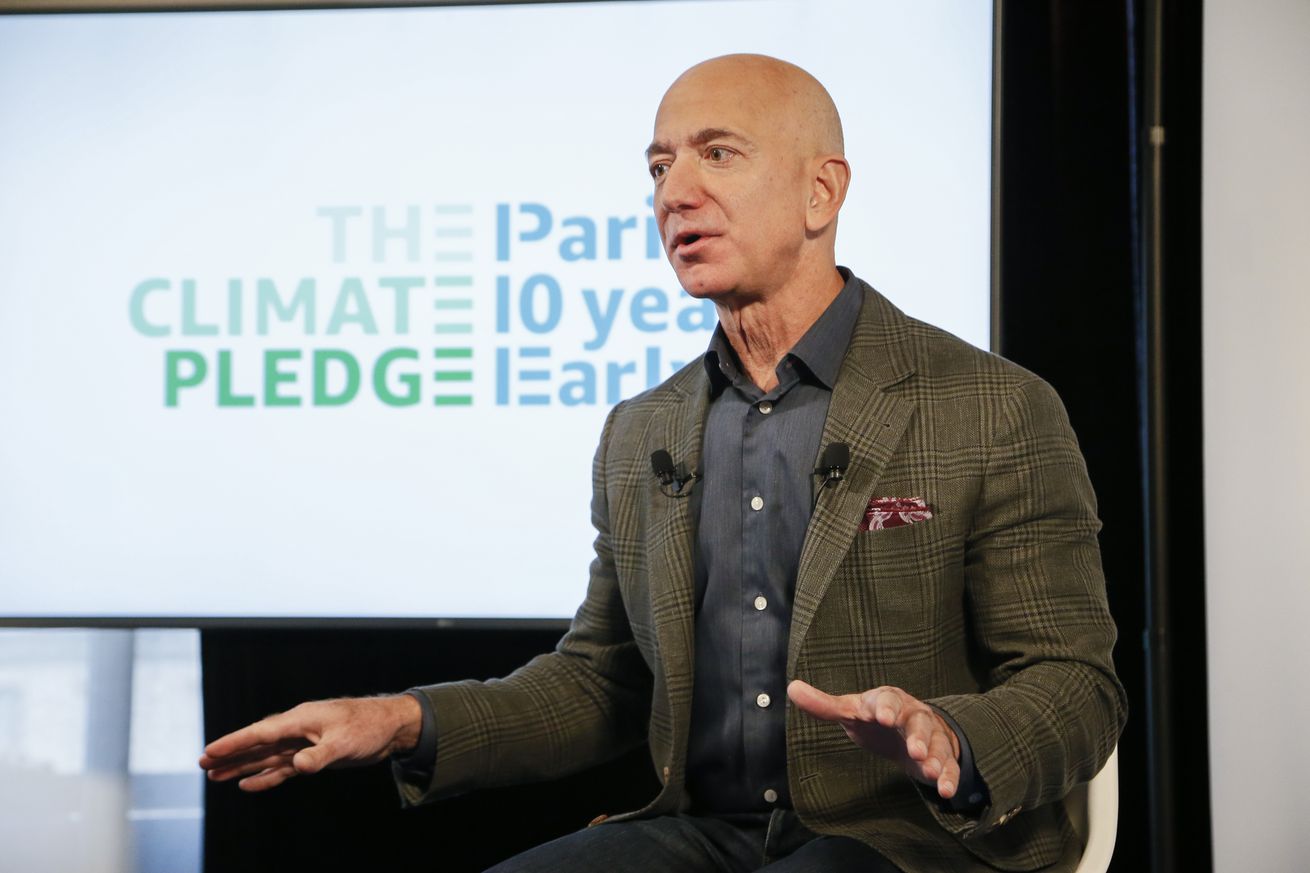 Amazon CEO Jeff Bezos announces the co-founding of The Climate Pledge at the National Press Club on September 19, 2019 in Washington, DC. | Photo by Paul Morigi/Getty Images for Amazon

Amazon launched a $2 billion fund today to advance technologies that will cut down greenhouse gases. The fund will help Amazon and other companies adhere to The Climate Pledge initiative it started in September 2019. That pledge committed the company, and others that sign onto it, to becoming carbon neutral by 2040.

To become carbon neutral, companies need tools to be able to reduce, offset, or capture all the planet-heating pollution they produce. The $2 billion will go toward advancements in transportation and logistics, energy generation and storage, manufacturing and materials, food and agriculture, and reducing or reusing waste. Companies can express interest in the funding via email.

“The Climate Pledge Fund will look to invest in the visionary entrepreneurs and innovators who are building products and services to help companies reduce their carbon impact and operate more sustainably,” Amazon CEO Jeff Bezos said in a press release. “Companies from around the world of all sizes and stages will be considered, from pre-product startups to well-established enterprises.” Bezos announced his own $10 billion climate change fund in February.

Amazon also announced today that by 2025, it will rely on renewable energy for all its energy use. That’s five years earlier than a goal it previously set for itself.

Despite its commitments, Amazon pumped out about 15 percent more carbon dioxide last year than it did in the year prior as its sales increased. It released more than 51 million metric tons of CO2 in 2019, according to the 2019 sustainability report it released today. That’s compared to just over 44 million metric tons it emitted in 2018, which was the first time it disclosed its carbon footprint.