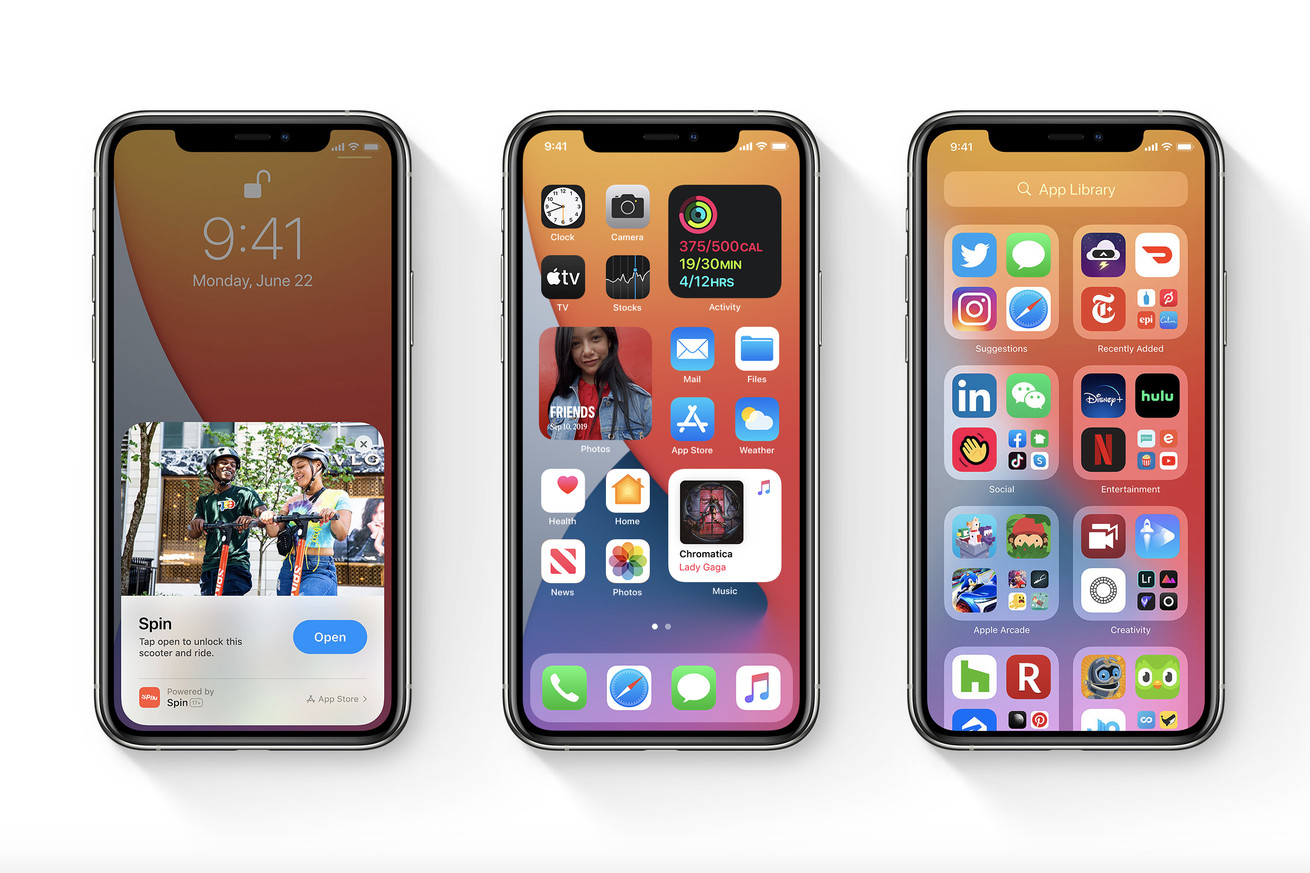 iOS 14 is here, and it brings a bunch of big new features to Apple’s operating system — including a few that should look pretty familiar to Android users who have had similar functionality for some time.

It’s the eternal cycle of software platforms: Google’s good ideas will almost always end up on iOS at some point, even as the next version of Android will, no doubt, crib some ideas from Apple.

The big one: after years of keeping the iOS home screen static, Apple is finally allowing users to add widgets to their home screens. Widgets have been one of the core differentiating features between Android and iOS going back to the very first iteration of Android, and it’s a feature that Google would continue to expand on over the years, allowing custom sizes, third-party support, and a gallery with previews of those widgets — all features that Apple is using in its own widgets on iOS.

In fact, Apple is taking a lot of cues from Google with the new iOS 14 home screen experience, including…

Apple calls its iteration of this “the App Library,” but it’s similar to Google’s app drawer: a list of every app on your phone, regardless of its visibility on the home screen. (Apple will let users manually hide apps so that they’ll only appear in the App Library view, too.) Unlike Android, which is just a straight list of all the apps, Apple’s App Library automatically sorts apps into different categories, like social, entertainment, or Apple Arcade.

This is less “borrowing from Android” and more “something Apple has been capable of doing for years but intentionally had decided not to.” iOS 14 will finally allow users to choose their own default email and browser apps, instead of using Mail and Safari.

Apple is debuting a new “discreet” view for Siri in iOS 14, where the voice assistant will appear with a small icon at the bottom of the screen, instead of taking over the entire display. Results of queries will similarly appear in smaller windows at the top of the screen, without blocking the rest of the display (which is also similar to how Google Assistant works on Android, although its results are shown in a small window at the bottom of the display, not the top).

Apple’s new “compact calls” design — which also prevents incoming calls from blotting out the whole screen — is akin to an option on past versions of Samsung’s One UI skins for Android (although it has yet to be offered on stock Android itself).

One of the more interesting ideas being added in iOS 14 is the new App Clips feature, which will allow developers to slice out parts of their apps in small packages, letting users get key features without having to install a whole app. It’s an interesting idea and one that Google has taken a few cracks at over the years with Android P’s app “slices” in 2018 and Android’s instant apps in 2017. We’ll have to wait to see if Apple’s attempt will manage to help this idea finally break through to the mainstream.

Apple Maps has been playing catch-up to Google Maps for a while, but each new iOS update has brought Apple’s app closer and closer to Google’s leading standard. To that end, iOS 14 adds new cycling features that give directions specifically for bike riding, which factors in things like elevation, stairs, and bike routes. (Google introduced the feature to Google Maps all the way back in 2010.) Apple’s version is only in a few cities so far (NYC, LA, San Fransisco’s Bay Area, Shanghai, and Beijing), but if the rest of Apple Maps is anything to go by, the company will be looking to catch up fast.

Usefully, picture-in-picture also supports FaceTime calls, so you can continue chatting without having to keep the FaceTime app open.

Introduced by Google at the end of last year, Safari is also getting a version of Chrome’s password alert feature, which will notify users when a password they’re using has been compromised in a data breach.

Apple is including a new option that will let you add a “back tap” button of sorts to trigger an action (like launching an app or taking a screenshot) — similar to a double-tap gesture Google is also working on for Pixel phones in Android 11. Given that neither has actually shipped yet, I’m ruling this one a tie — sometimes, great minds do think alike.