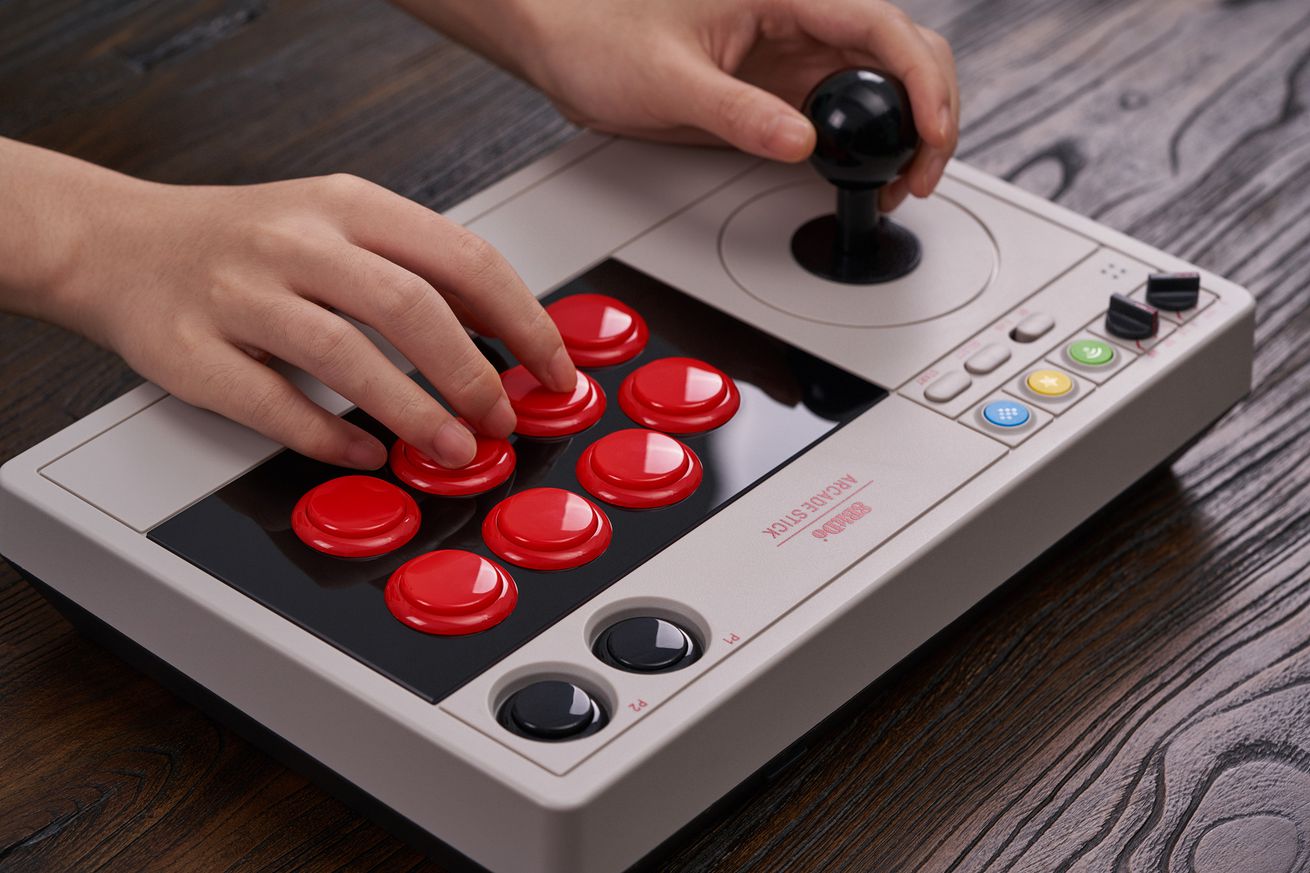 If you’re serious about fighting games, 8BitDo has announced a mod-friendly, wireless arcade stick that may interest you. It’s designed to work with PC and Nintendo Switch, and you can easily toggle between two sets of controls depending on the platform you’re using. It costs $89.99 and ships October 20th, but preorders are open now from the company’s site and Amazon.

The wireless arcade stick supports Bluetooth and 2.4GHz wireless via a receiver hidden in its underside, though you can wire it directly with a USB-C cable (which you’ll need to do on occasion to recharge its 1,000mAh built-in battery). 8BitDo claims that it can last 40 hours per charge while using the 2.4GHz wireless receiver or up to 30 hours via Bluetooth. Wireless range is over 30 feet.

With PC software, you can map the buttons and create profiles with dedicated macros that you can easily switch between. There’s a turbo mode built into the stick, and since the stick also offers XInput, most games that support Xbox One or Xbox 360 control schemes on PC should work perfectly.

This stick has plenty of nice touches, but one of my favorites is that the assigned button labels visually change (see animated GIF above) when you toggle between the Switch and PC modes. You can also quickly toggle a switch that lets the stick mimic a left or right analog stick or a D-pad.

8BitDo touts that the arcade stick itself can be swapped out with one from a range of manufacturers, including the Sanwa JLF and JLW; Seimitsu’s compact LS-33, 55, 56, and 58; the larger Seimitsu LS 32 and 40; and Happ and IL sticks. The default buttons, which 8BitDo produced along with the default joystick, can be swapped out, too, and it supports 30mm and 24mm Sanwa and Seimitsu buttons.